*1 in 3 women refuse to leave the house without makeup.
*6 out of 10 women say they never go to work without cosmetics
*1 out of 10 say they don't let their significant other see them without makeup.
*Half of women feel more confident with makeup.
*Average american women spend around $2,000 annually on cosmetic products or operations.
*37/ 34 percent of women chose concealer as the item they couldn't live without. However, women spend the most on eye shadow. On average, women have around 12 eye shadows, and 2 or 3 mascaras.
* About 1 in 4 women think they would be ignored for a promotion  and 37% say their employer would assume they don't take care of themselves if they appear at work without makeup.
*Women who wear makeup have a better chance of success, and are perceived as more trustworthy, reliable, competent and attractive than women who don’t (according to recent surveys). 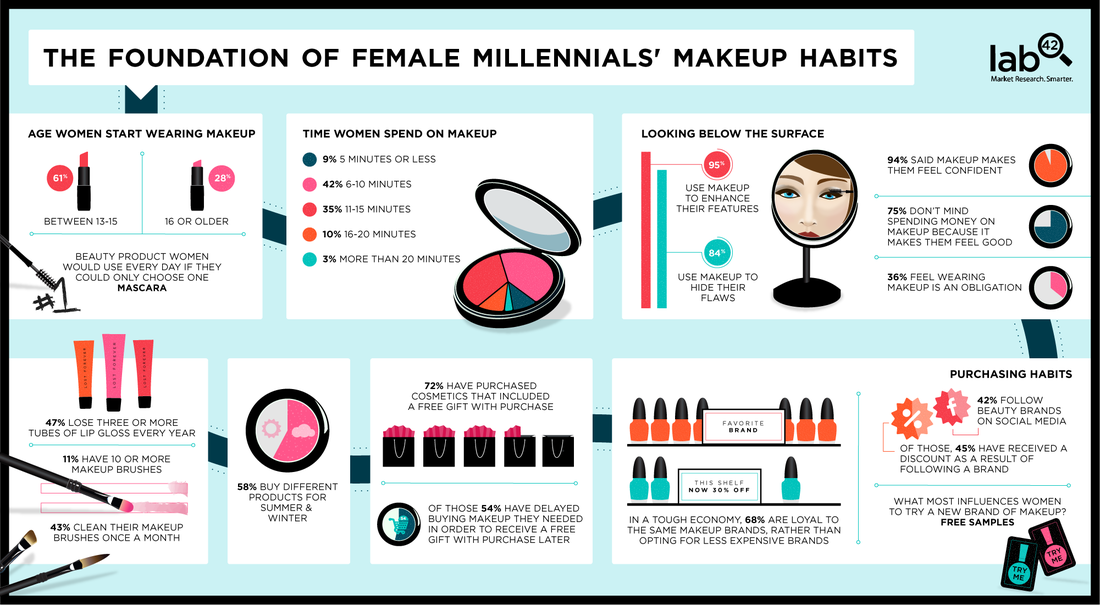 
75 percent of men ages 18 and up are not currently using facial skin care products,